How to Increase Your Real Estate Blog Traffic and Engagement

Let’s Get Ready to Rumble: What’s Next for Zillow and Trulia?

But since then, it seems that what they’ve created is a bigger target!

First, Move decides that they won’t feed listings to Trulia. Then a judge forces them to keep the listings flowing, for now. Somehow, Wall Street hardly reacted to this. The house is on the market and no one seems to realize that there’s a huge crack in the foundation.

The worst thing that could happen to ZT is the consumer thinking that they don’t have some of the inventory. To boot, if they don’t have the listings, their SEO will suffer. ZT’s search engine dominance is really their greatest asset. If their traffic falls, their revenue won’t be too far behind.

Then, Realogy launched HomesForSale.com. Yup, the people at Realogy are building their own portal. Really, it’s a half baked attempt, but you know, at least they’re trying! What they launched falls far below the quality of ZT and Redfin, but maybe it’s just above RDC’s late 90’s UI. I imagine they’ll improve it before too long.

Louder than ever, I’m also hearing conversations about the broker-owned portal. A fellow at Inman told me that they were oversubscribed for their first round of funding. We’ll see if that ever gets off the ground.

All of this makes it look, more than ever, like the industry is gunning for ZT. When will Wall Street react to that fact? Or do they have enough confidence in the organization to feel that they’ll ride out whatever waves cross their bow?

It’ll be fun to watch, that’s for sure.

What’s your take on the Zillow-Trulia Merger firestorm? Let us know is the comments!

David founded Boston Logic Technology Partners and has over 10 years of experience in Real Estate technology and marketing. Today, David serves as Boston Logic’s President and has led the company through 6 consecutive years of growth. David is heavily involved in business development, marketing, and product development. As an industry speaker, David has contributed for organizations including NAR, Leading RE, Inman News, Real Trends, and numerous state and local associations of Realtors. In his spare time, David is hard to find as he is usually outdoors skiing, hiking, cycling, swimming, running, sailing, or playing a racquet sport of one form or another. 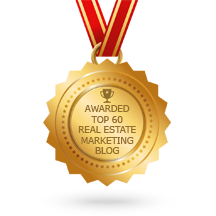